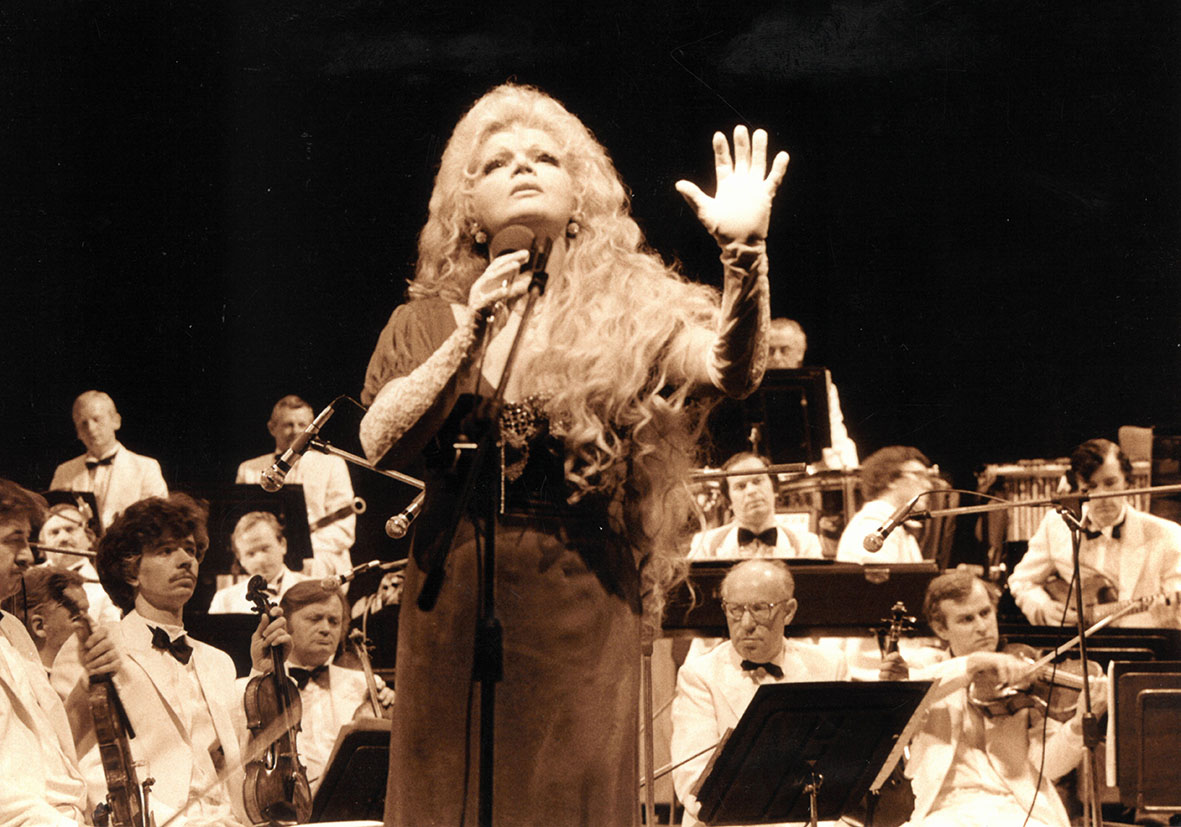 Index / Aktualności / CARMEN, WIDOW and… THIS IS ME!

Violetta Villas – without a doubt the biggest DIVA of the Polish stage… Her last performance on the stage of the Grand Theatre in Łódź (previous performances took place in 1986, 1991 and 1992) was exactly 20 years ago (November 1999), during the concert This is me – directed by Elżbieta Skrętkowska. It was an unforgettable performance – in a truly Broadway style, watched by millions of viewers on TV!

The artist had visited our Theatre before (in the 1980s) for private matters, when the director Sławomir Pietras decided to “test” Violetta Villas for the title role of Franz Lehár’s operetta the Merry Widow (she dreamed of the role of Violetta in La traviata and Carmen).

Villas was fascinated by the proposal and watched the performance directed by Pavel Šmok with admiration (with stage design by Mariusz Chwedczuk and costumes by Xymena Zaniewska). All of the interested parties conducted serious discussions, Villas presented her “vocal octaves” as proof of her excellent singing abilities, she took the piano reduction of the Widow under her arm and… that is where it ended. That is how she was. What a shame it ended so soon.

But which diva doesn’t have whims!?