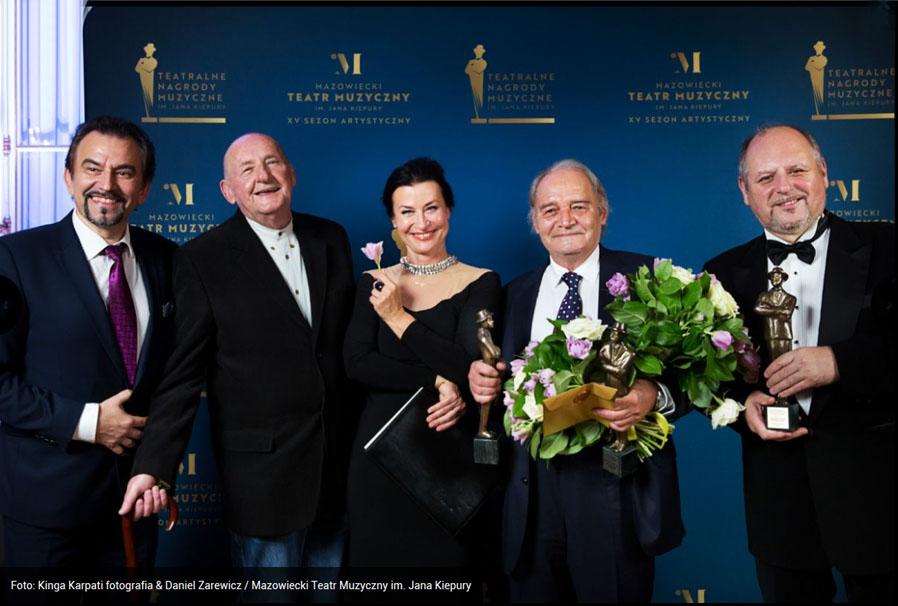 On 30 September 2019, we met the winners of the 13th edition of the Jan Kiepura Theatre Music Award. The Chapter, chaired by Iwona Wujastyk – director of the Mazowiecki Musical Theatre, announced its verdict during the Gala at the Royal Castle in Warsaw. We are happy to announce the awards granted to the Grand Theatre in Łódź for the performance “A Streetcar Named Desire”:

A grand applause for the whole team, artists and producers. We are proud to host a performance that is widely appreciated. Last season, “A Streetcar Named Desire” was met with a very enthusiastic reception at the Bydgoszcz Opera Festival and was awarded two GOLDEN MASKS: the best performance in the 2017/2018 season. Joanna Woś received the Golden Mask for the role of Blanche DuBois.

Congratulations to all the winners in each of the nineteen categories.