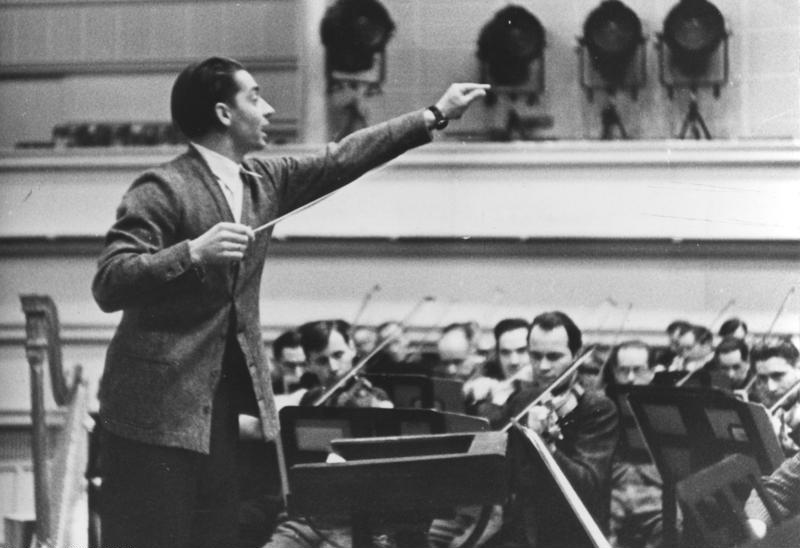 Index / Aktualności / DID YOU KNOW THAT… His own festival

The most popular conductor of the 20th century, Herbert von Karajan, once he became
a dominant figure on the international opera scene, wanted to create his own festival (why not?). When he left the post of director of the Vienna Staatsoper, he began to look for
a suitable place for his plan. At first, he was fascinated by the offer from Geneva, which provided him with the cooperation of the Berlin Philharmonic, but the technical equipment of the stage, according to the maestro, was insufficient. Five thousand Swiss francs would have to be spent in order for the staging to meet his expectations. After all, he himself knew best what the performances at the festival, which was very soon to become one of the most important and popular festivals in the world, should look like.

During the staging of Boris Godunov in Salzburg, he thought of making his project a reality in this very place. Since the Vienna Philharmonic had to reject him because of previous commitments, Karajan recruited the Berlin Philharmonic Orchestra after difficult negotiations. He took on the full organisational and financial risk of the entire event.

And so, on 19 March 1967, the first Salzburg Easter festival was inaugurated by Richard Wagner’s Valkyrie; the decorations by Günter Schneider-Siemssen, with its ‘swaying density and atmospheric perspective’, fulfilled Karajan’s desire for the vision to be in tune with the music.

The performance of the Berlin Philharmonic Orchestra, which so far had little to do with opera, was considered sensational. And the singers? The names speak for themselves: Jon Vickers, Gundula Janowitz, Régine Crespin. Herbert von Karajan’s dream came true. After such a start it could only get better! And it did! Today Salzburg is one of the most important musical cities in the world.