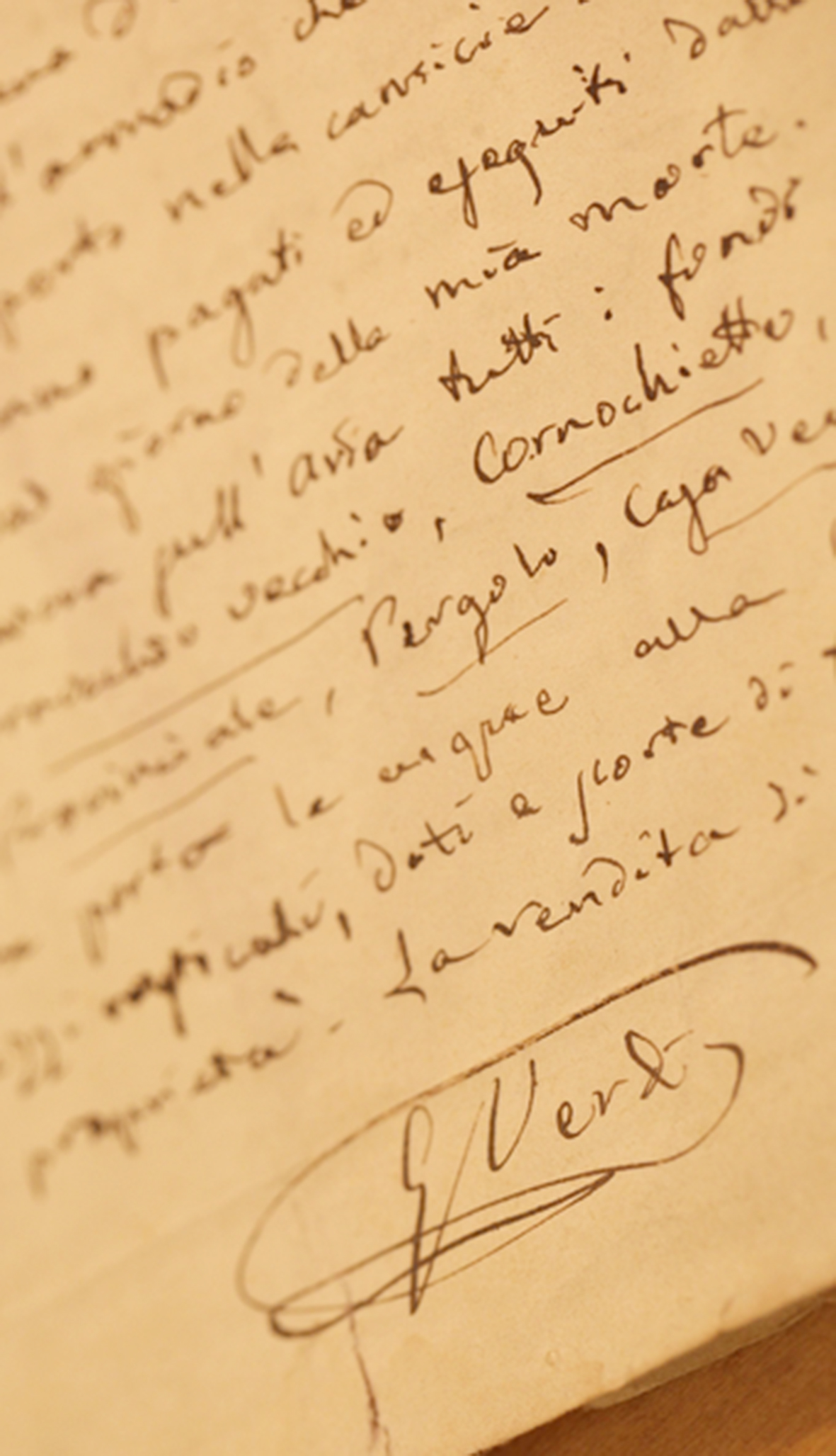 Index / Aktualności / DID YOU KNOW THAT… A legacy – not just opera!

After announcing the will of the great Verdi, another great – non-musical – side of the composer could be seen. During his long and successful opera career, Giuseppe Verdi gained a considerable fortune, which he managed with the greatest care and, with reason corresponding to his peasant origins, cost-effectiveness and moderation. He also acted with the same precision when writing his will. The only heir was the adopted daughter of Verdi and Giuseppina, Maria Filomena Carrera. But… his first charity foundation, the Villanova Hospital, received… nine properties. Numerous hospitals and shelters for the poor in Genoa also received financial subsidies. The pawn shop in Busseto gained three pieces of land with the disposition to support the hospital and the shelter for the poor from its profits and to fund scholarships for agricultural students (!). Ten properties were allocated to the descendants of the composer’s siblings.

When he was still alive, Verdi spared no resources and energy for the construction of
a retirement home for musicians – it was opened in Milan on 31 December 1899, two years before the composer’s death.

Significant support was also given to Verdi’s servants and the administrator of his estate, Maria Filomena, wife of the son of Verdi’s lawyer; it was she who – while the composer was still alive – was obliged to completely destroy not only his early compositional works, but also his private letters and documents after his death. As it turned out, the will also contained… detailed instructions for the composer’s burial.

No wonder that Verdi is almost a national treasure for Italians.