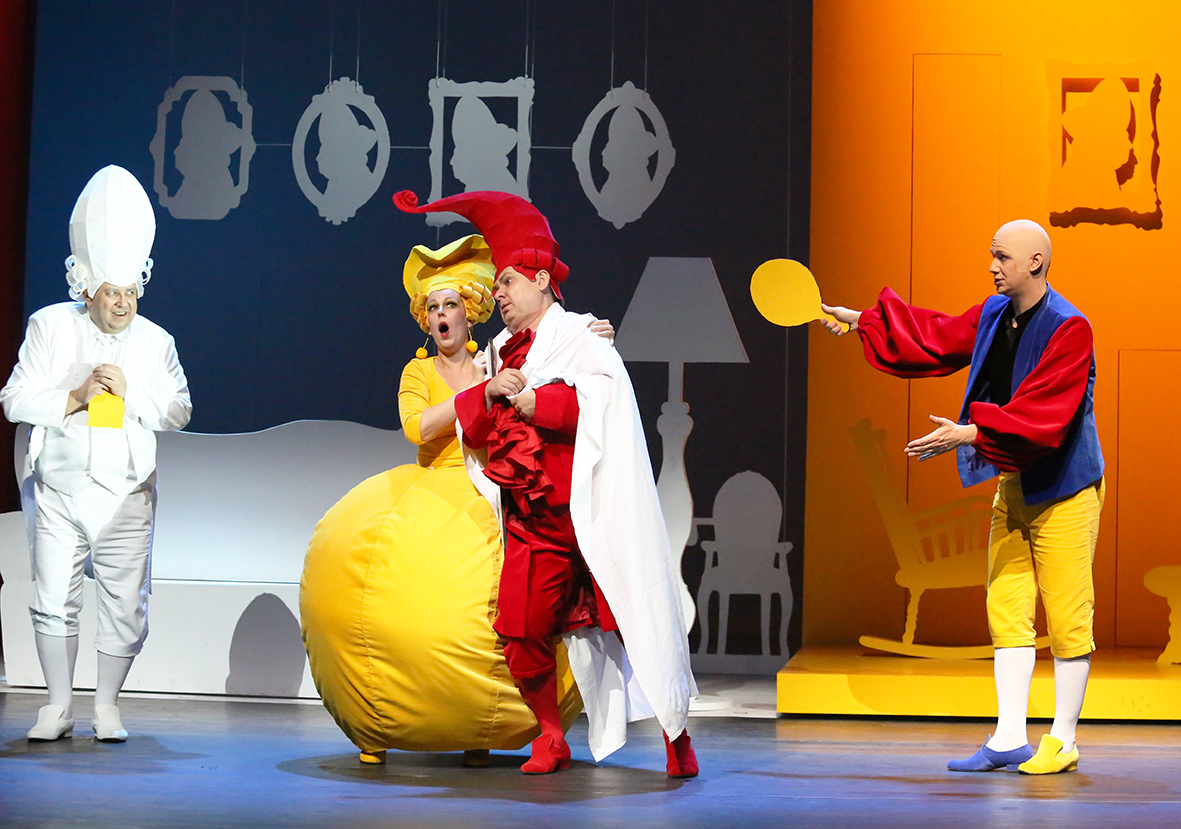 – We all work for three things: fame, gold and pleasure. I am already famous, I do not need gold, and I am bored with pleasures – these words of Rossini are the best characterisation of his approach to temporal matters, and they are also the shortest characterisation of his most popular opera protagonist – the carefree Figaro from Seville. Although the title character and all accompanying characters were precisely characterised by the composer in music terms, the final stage effect of the work – as is often the case in theatre – is a result of the producers’, and mainly the directors’, imagination. The stagings are different, but the music always wins!

Łódź met the Barber of Seville – the composer’s masterpiece – in the Łódź Opera in 1960 (with Tadeusz Kopacki and Romuald Spychalski). 1969 was the year with the cast of stars (Delfina Ambroziak, Teresa May-Czyżowska, Izabela Nawe – as Rosina), 1985 – Ryszard Peryt’s stunning and sensational performance, which surprised and delighted the audience; and finally, in 2007 – Henryk Baranowski’s very personal production that was not understood by everyone (with sensational Joanna Woś as Rosina) and 2014 – awarded with a Golden Mask for the best performance of the season – a fairy tale vision of Natalia Babińska. The Barber of Seville – strongly applauded, entertaining the viewers from the first sounds of the overture to the fall of the curtain.

The BARBER is returning to our stage after several years. It is an opera that cannot be missed. Even more so because Maestro Tadeusz Kozłowski is conducting the musical revival, and his name obliges. The opera is returning because the audience demands it! It is a great moment to reserve some time and, of course, tickets!

All are welcome – those who have already seen it and those who would like to. Great fun is guaranteed. The upcoming performances will take place on 18 and 19 January 2020.